The young girl sentenced to death


The young girl in this video was sentenced to death by an ISLAMIC Court because she did not want to marry an old man the family arranged for her!  This is NOT Al Qaeda or the Taliban, but MUSLIMS following SHARIA LAW!
I am passing this on as I feel that everyone should see this. I cannot support a religion that espouses these ideals as law. Even if the majority of people following that religion are non violent and peace loving, by not speaking out, or trying to stop it, they are supporting this abysmal practice.
The Christian religions are no saints!!! but they stopped torturing people and condemning them to death in the name of their religion Centuries ago. It is time for the 'people of Islam' (the men, as women have no voice) to speak out to their leaders and stop this outrage!!! Murdering women because they don't want to do something! And the way they go about it it like animals, not a shred of compassion.
Ultimatley, it must be understood that religion and God are different. The Islamic religion is run by men saying this is what God told the phrophet to do! If you are Christan or Muslim you worship the same God. Do you really believe God said to Mohammed that it's ok to take a young woman, smash her face in, pull down her skirt, smash her brains out with a besser block while video recording her on your mobile phone?????

Please keep sending this on!!!! Eventually it will start getting to the peaceful Muslims, especially the women, who have probably never even thought about it. Because it will be up to them to stop it, not us. 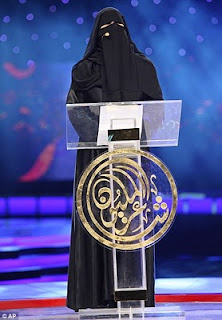